Doctors say I'm healthy, but I can't calm down!

Hypochondria is an anxiety state (anxiety in the active phase) in which a person's fears are directed at potential health problems and risk to life. 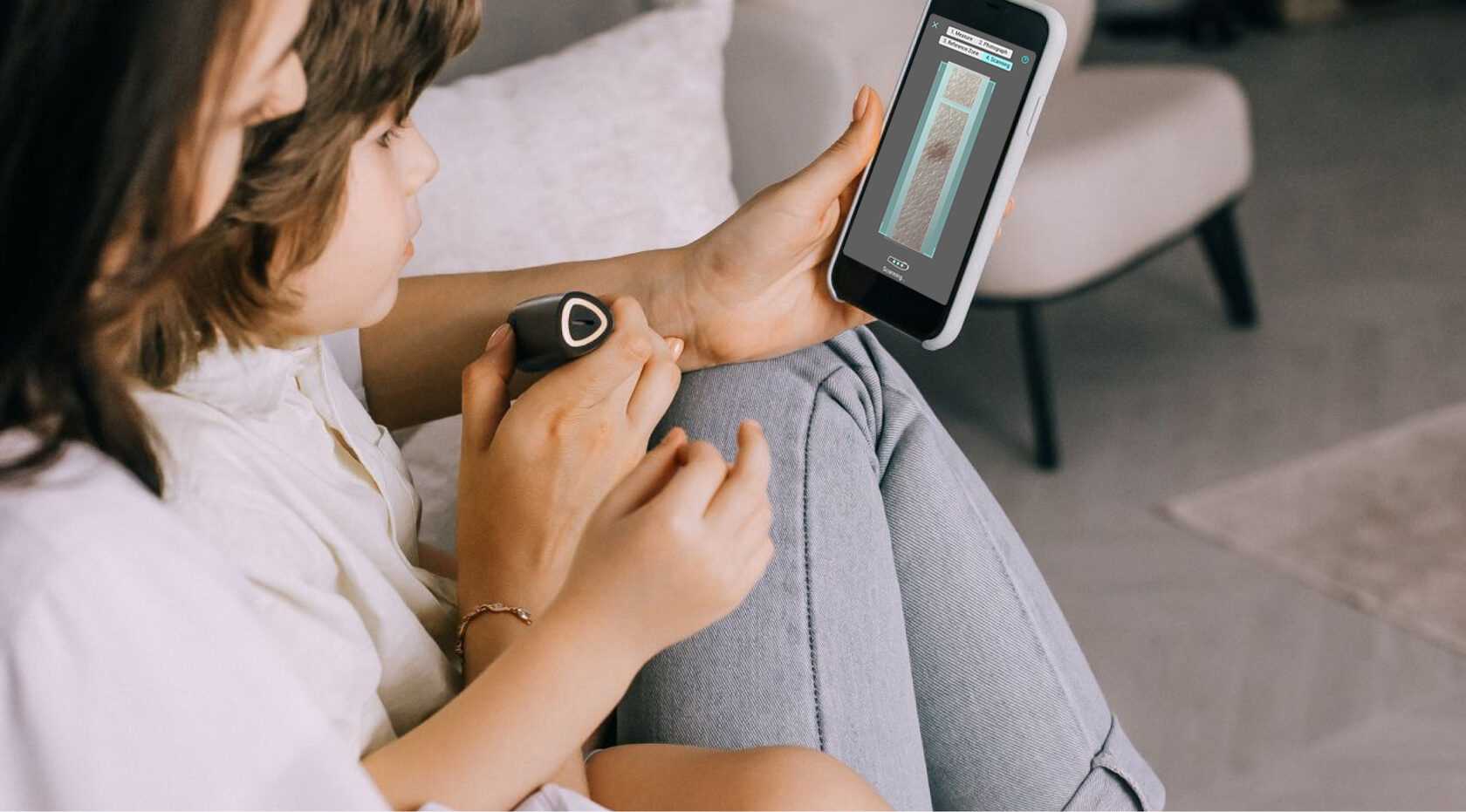 Very often we hear from people that they are afraid of getting skin cancer/ melanoma. And there are no questions if a person really has prerequisites (genetics, age, a lot of moles, work in the sun, etc.). As a rule, such people regularly go to the doctor, monitor the skin and live quietly.

The situation is quite different with people suffering from hypochondria. We asked a psychotherapist for help in writing this material, so the material turned out to be voluminous and affects all aspects of the disease, not just the fear of oncology.
Buy NOTA mole tracker

"
Doctors say I'm healthy, but I can't calm down!

NOTA does not replace a doctor, but helps to find dangerous changes as early as possible and win the most important thing - time for the treatment of the disease!
When a person suffering from hypochondria is confronted with arguments and facts that he has no health problems, he experiences euphoria.

The threat to life and health is a very serious test for a person's mental resources. When the threat recedes, great relief comes. But, unfortunately, with hypochondria, this relief is temporary.

In a hypochondriac, you can "pour" huge streams of arguments from different specialists, bundles of analysis results and studies. He is insatiable, it is always not enough for him. Even if he accepts the arguments, then temporarily, after which he will still go for a second round and will be engaged in self-diagnosis and research of the issue for days on end (usually on the Internet). He will find one or more potential diagnoses and go back to the doctors for examinations. The verdict "everything is fine with you", a short euphoria – and that's it, the circle has closed.

How can a person with hypochondria help himself?

Step 1. To realize that the reason is not in physical health, not in the risk to life and health, but deeper - in the inner intricacies of the psyche
Deep inside yourself, you have reached a dead end. The psyche cannot understand this dense forest, worries and chooses the easiest way for itself: to process anxiety – to go into illness. For the psyche, illness is simple and understandable, and the whole inner dense forest is a dead end. What is this dense forest?

These can be unmet needs, internal conflicts, deep disappointments, suppressed emotions, lack of love and attention. The psyche does not know how to get out of there. But we must pay tribute to her – she tries for a long time before she goes into illness. Hypochondria often turns out to be the only easy way to get rid of accumulated anxiety.

For a person, fear for health is the norm. But instead, a structure appears inside the dense forest: there are symptoms, there is "evidence" of the disease, which means, "I will be examined and remove the alarm." Everything is logical for the psyche, but in reality all this is a forced measure. Therefore, it is difficult to overcome hypochondria – the solution to the problem lies in a different plane, deeper.

Hypochondriacs often get away from reality. In reality, we all face impasse, difficulties, disappointments, deficits that need to be addressed. And how to solve them? How to close the deficits of love and attention, if, for example, a person has seven shops. How to close your deficits? No way. And the psyche gets out of it: it leaves the complex reality and hides behind hypochondria.

Hypochondria is a way to leave unresolved and allow yourself not to cope with something more complex and profound. Create artificial difficulties for yourself, with which you can easily cover up real difficulties.

All these points need to be understood.

Step 2. Learn to separate hypochondria from real problems
If you feel that you are going into the same circle again and again, you need to tell yourself clearly and loudly: "It's not real, it's not true, it's just that my psyche is looking for far-fetched reasons to place or vent anxiety."

Step 3. Don't back up Thoughts with Actions
If you are experiencing anxiety and your thoughts are spinning "oh, maybe I have ...", "scary ...", and then, as usual, you start looking for information and being examined, then these actions only reinforce your thoughts. This means that these thoughts will come to you again and more often.

Try to stop and not follow your thoughts as usual. Don't call. Do not specify. Don't sign up. Don't go to the doctors. Try to break this chain.

It is more effective to deal with the causes and eliminate hypochondria with a psychologist or a psychotherapist.
Hypochondria can develop when a person is actually healthy. And sometimes it appears against the background of real diseases or health problems are superimposed on previously developed hypochondria.

The imposition of hypochondria on real diseases is always a unique story that has its own characteristics, specifics. It is better to entrust the analysis of such situations to a psychologist or a psychotherapist.

Now we are talking about hypochondria, which has no burdens in the form of real health problems.

With hypochondria, a person constantly and groundlessly suspects himself of various diseases. Both serious, incurable, and minor, which can lead to serious consequences. Thoughts about this do not stop, and a person spends a huge amount of time and energy on self-diagnosis, studying diagnoses, numerous rechecks with doctors.

The constant companions of hypochondria are anxiety and depression.

It is important for close people to understand that a hypochondriac REALLY feels a threat to health and life, he really worries. Let it seem groundless from the outside, but he is SURE that he either already has the disease, or will certainly appear in the future.
Subscribe to the newsletter or ask a question