We met Maria Eugenia (Maru) in May 2021 when we were looking for people to support our campaign on Instagram. Since then, Maru has become part of our small team, the first Latin American in our warrior chat, as well as the first Mexican ambassador of NOTA mole tracker.
Our heroine is engaged in GR-management and helps to establish business relations between people and companies. Now she has two projects: one is related to Mexican immigrants, the second is a blog about the fight against skin cancer.

Maru is a living example of how a small dot on the face can become a source of huge problems. During the treatment, she underwent 3 surgeries and 3 reconstructions. Now there is just a small trace of scar on her face, but it cost her several years of her life.

“After 7 hours and 6 cuts I came out of the new surgery to remove more of the tumor that I had. It has honestly been the second worst day of my life, full of worries plus the local anesthesia that they injected me every time they were going to make a new cut; I felt that it was the longest 7 hours of my life, especially the last 3. Thank you God achieved the DR. successfully trace the path of the tumor, since working on scar tissue from previous surgeries can be more difficult to trace and can even be negative when there is still some damage left. That is why it is so important to be in the hands of experts.”

Maru lives in a country where the sun shines every day, but there is absolutely no talk about the danger of skin cancer, as, for example, in the USA or Australia. And even more so, you will not find the necessary information about basal cell carcinoma.

“Well, here in Mexico we have sun almost every day of the year. We don't have mark seasons of the year like in other countries that you have like summer, autumn, winter, and you can feel it. But most of the time, we have sun here and that's what I was concerned about when I created the account because it's incredible that in some other countries where you have cold weather, that normally on some winter days, you don't see the sun at all. That doesn't mean UV exposure is not there. Other countries have all this consciousness about skin cancer and here that we're much more used to the sun, we don't have the habit of wearing sunblock every day. “

As you know, cancer does not make a difference between skin color. However, such a small genetic change as eye color can also increase the risk of developing cancer.

“Now, we know that my aunt, the sister of my father who already passed away. She's now having skin cancer problems, so now I know it runs in the family also. The doctors have already told me, even though skin cancer can go in all skin types if you're darker or wider, my eyes are kind of a problem.
I have green eyes witch is a genetic problem, as I say like it's a beautiful genetic damage, but it can complicate somethings . So, doctors say my eye color is part of the problem also.”

Skin cancer suddenly announced itself: one ill-fated morning, Maru woke up with blood on her pillow and hurried to the doctor. However, the doctor's examination did not bring peace of mind. It turned out that a small spot near the nose is an infiltrative basal cell carcinoma, and an aggressive form.

“After being diagnosed and making the quick decision due to the same fear that invades you when the word CANCER is mentioned to you, in 15 days I was in the operating room where I was for 5 hours. 3 cuts later made by the oncologist, a plastic surgeon would enter to try to reconstruct the damage caused by the tumor. This type of procedure in Mexico, although it is not totally a MOHS surgery as it is commonly known, is the usual procedure to remove skin cancer, after atopic chemotherapy. (In my case, this chemotherapy was not an option because of the type of tumor I had.)”

It is difficult to convey the full range of feelings that the heroine experienced after the operation. According to her, the first thoughts were about her little son and how he would look at her face. She realized that she would have to completely change her life and, above all, give up tanning. However, as the years have passed, she does not regret her decision at all.

“Well, I especially changed my skincare routine now. I used to take care of a lot of my face, especially my face. I took care of a lot of it. That's why I was like always with a doctor's although we didn’t catch it at the ideal time. But it wasn't like the worst time now where it can become really more aggressive than it was.”

Maru made her blog on Instagram primarily as a guide for those who also faced spot removal and facial plastic reconstructions. The posts describe in detail various restorative procedures, as well as her way of fighting skin cancer.

"So, that's what I start seeing like there wasn't much information of people in Latin American countries, nobody was like I said before talking about this problem and now that I started the account, a lot of people have come to me to say to me, like, I had this mole removed or I had skin cancer, or my grandfather died about these, all kinds of stories, but nobody talks about it."

Maru also advocates the importance of early diagnosis, regular visits to the doctor and daily use of sunscreen.

“As you get older, the skin damage that you have, since you were a kid will come out or don’t, So, you have to be very lucky and very lucky that the damage of the sun that you had taken since you were a kid doesn't come to you after a few years when you're 50 or 60 as, people also were very used to thinking like skin cancer was an older people's issues and every day is getting more and more common in younger people. They told me like in your case, it was a very aggressive tumor, for your age. I was 38 years old. It was a basal cell, and people don't even make the claim that skin cancer starts with basal cell carcinomas.”

At the end of our long conversation, I asked Maru to advise those who will watch our interview how to protect themselves from skin cancer.

"So, that's my first advice: you have to check yourself. You have, for me, one of the best products because some people don’t have the habit to go to doctors and watch them. So, this is like a very useful tool for you in your house. If you're afraid, wich people are afraid sometimes to go to the doctor because of the diagnosis. So Nota helps a lot of people to be aware of something and I love that it says when it's in red, like you have to go to the doctor is like there's no other way and you have to do this. So, it's been very helpful. There's a lot of apps but for me, nota mole tracker is like the best item I have found out there for helping people to take awareness of the mols and their skins and being checked monthly.
Second advice: Use sunscreen daily.
You have to see even the tiniest little thing that appears in your skin that is new. Normally old moles, they're difficult to change but they can. If you have a mole that you were born with is difficult it becomes a melanoma, but it can so just like be really aware of this and the most important advice especially for women that are more concerned about this; Aging and looking beautiful; You can go to the best doctor and have the best plastic surgery, but if you're not wearing your sunblock, nothing you will do in your face will work at the end. Even spending a lot of money in the most exclusive skincare brands won't help you at all.”
The interview was conducted by Karina Kibo, COO Artes Electronics 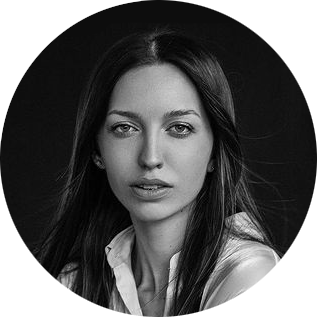