The device combines Artificial Intelligence(AI) and biophysics. The use of bioimpedance technology will allow you to find dangerous moles on the skin without getting up from the couch. 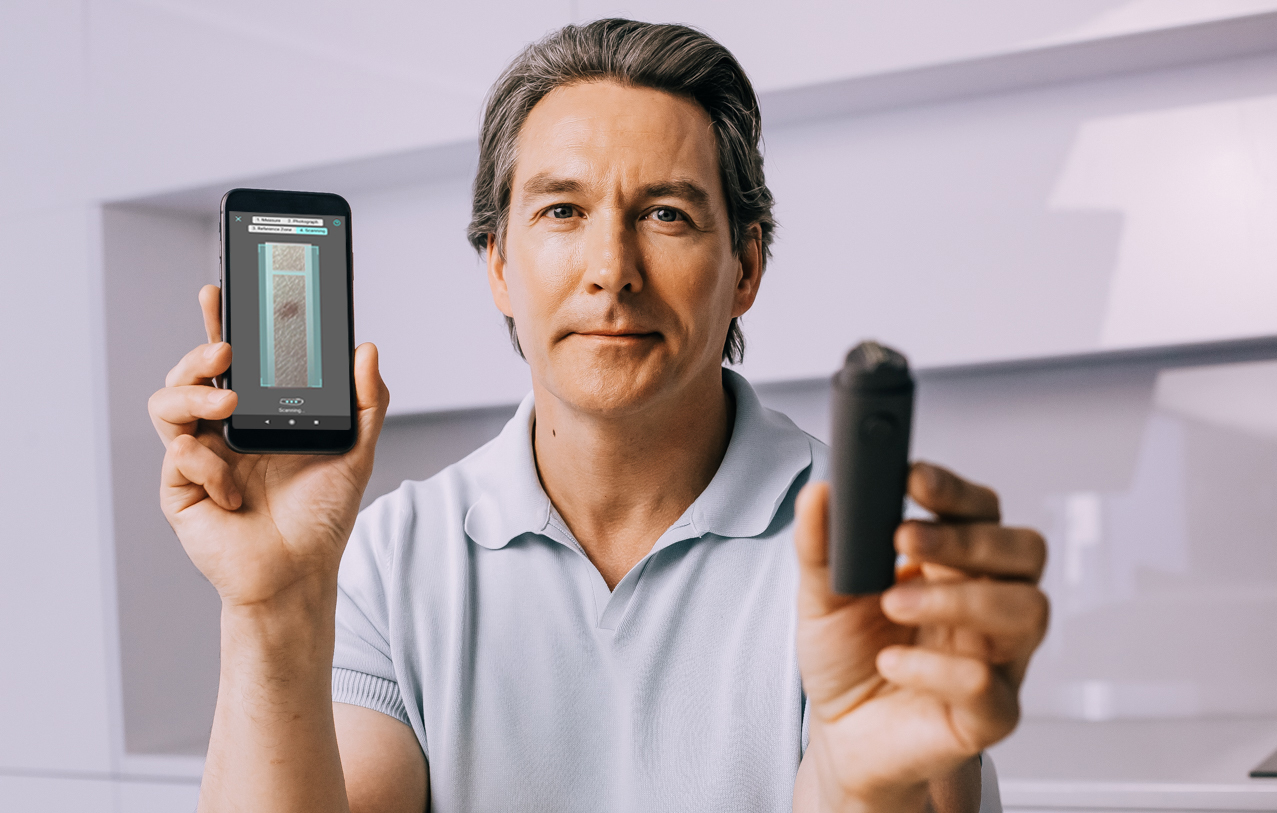 From May 7, Artes Electronics opens sales of a unique device of its kind - a personal mole tracker called NOTA. The device is created to improve the quality of self-diagnosis of moles, which will allow you to find skin cancer/melanoma at home.
According to WHO, about 10 thousand people die annually from diagnosed stage 3 and 4 of melanoma.
It is assumed that with the help of use of the device, it will be possible to reduce the total number of deaths, thanks to the early detection of oncological pathologies. The development is based on the impedance technology, which measures the resistance of skin cells under the action of an electric impulse. Bioimpedance is often used in smart scales that determine body composition by calculating the mass of muscle, fat and bone tissue.
The developers went further, and by improving the technology, directed its potential to the diagnosis of skin cancer.

When examining the moles according to the ABCDE rule (where each letter means a change, for example, A - asymmetry, B - border, etc.) you can make a lot of mistakes and miss the moment of malignancy of the mole, - said Vassily Zotov, CEO of the company. - Using NOTA to diagnose cancer is similar to using an electronic thermometer. The whole point is that a person can, literally, sitting on the couch, check their moles at any time and compare the results of past examinations with each other".

Behind the creation of NOTA there is the long-term work of Artes Electronics to develop high-precision medical devices to order. For three years in a row, a team of engineers, doctors, and designers has been working on creating a series of their own devices for early diagnosis of various types of cancer. And the first device that will go on open sale will be the mole tracker.

During this time, "blind" studies were conducted, when the device measured the bioimpedance of the mole, and then the result was compared with the data of a histological examination. A total of 2,859 nevi were measured, including 573 different types of skin cancer. The accuracy of bioimpedance measurement in determining cancer was 91%, and the vast majority of these were melanomas at stages 0 and 1, when treatment is limited to surgical removal of a malignant mole.

"NOTA measures the resistance (impedance) of cells result under the action of an electrical pulse and transmits the data to the server, where it is processed using AI. A person sees the result of measuring a mole on their phone and makes a decision - to observe further or go to the doctor, - explained Dmitry Konnov, CTO of the company. — We are very happy to have the opportunity to present a device that will benefit people all over the world. Our work is changing the world".

In 2020, Artes Electronics launched a fundraising campaign through the Kickstarter crowdfunding platform, where it raised the amount needed to produce a batch of NOTA on the first day. At the moment, the first 10 devices are already used by melanoma fighters from the United States, Canada and England, in the near future, another 240 devices will go to their customers around the world. The price for the device together with delivery is $329.

The opening of official sales in May was not chosen by chance, as May is the month of the fight against melanoma. Thus, Artes Electronics wants to pay attention to the importance of early diagnosis of various types of skin cancer and its availability.
Subscribe to the newsletter or ask a question

Click to order
Your order
Total:
Step #1:Leave contact details for delivery and feedback. Step #2: After adding your contacts, you will automatically be taken to the Paypal payment window, where you can pay for the mole tracker and delivery in two clicks.
On the same day, we will contact you to clarify the delivery details. Delivery from 7 to 19 days, depending on the recipient's address.